Take your tastebuds on a trip across Europe without leaving your home with our collection of delicious recipes. With travel still off-limits for many of us, these recipes are sure to satisfy your wanderlust and let you experience the flavours of a variety of different European cuisines.

A classic French favourite, French Onion Soup is made with a beef stock base, slow-cooked caramelized onions and cheese topped crispy French bread. The ultimate comfort food dish, French Onion Soup is ancient in origin but went through a resurgence of popularity in the 1960s in the United States due to a greater interest in French cuisine. This soup can be served as a starter or as a meal in itself.

Pierogi with Potatoes and Cheese (Pierogi Ruskie) is very popular and often cooked in Polish homes. Pierogi are filled dumplings made by wrapping unleavened dough around a savoury or sweet filling and cooking in boiling water. They are often then pan-fried before serving. This recipe will take you through how to make the perfect pierogi dough, fillings and toppings.

Originating in Hungary, goulash is a soup of meat and vegetables seasoned with paprika and other spices. Our Aberdeen Angus Best Stewing Beef is made as a result of the butcher’s trim from steaks and would be the perfect addition to this recipe. Goulash is a delicious and hearty soup that can be served on its own, spooned over mashed potatoes or served with crusty bread.

Paella is a Spanish rice dish that is believed to have originated from Valencia. One of the best-known dishes in Spanish cuisine, paella takes its name from the wide, shallow traditional pan used to cook the dish on an open fire. This paella recipe uses a mix of colourful veg, meat and seafood including chorizo, boneless, skinless chicken breasts or thighs and prawns.

A Milanese speciality, Osso Buco is Italian for "bone with a hole", which is a reference to the marrow hole at the centre of the cross-cut veal shank that is the dish's primary ingredient. The marrow in the hole in the bone, a prized delicacy, is the defining feature of the dish. Our veal osso buco can be slowly braised to provide a fantastic flavour. It is traditionally cooked with vegetables and white wine and served with gremolata.

Souvlaki is a popular Greek fast food consisting of small pieces of meat and sometimes vegetables grilled on a skewer. While it is usually eaten straight off the skewer while still hot. It can be served with a variety of sides including pita bread, fried potatoes, lemon, and sauces such as Tzatziki sauce. Our succulent chicken breast would be perfect for this recipe.

Black Forest Cake or Black Forest Gâteau as it is commonly known is a chocolate sponge cake with a rich cherry filling based on the German dessert Schwarzwälder Kirschtorte. Some believe that the name of the cake is inspired by the traditional costume of the women of the Black Forest region of Germany, with their characteristic hat with big, red pom-poms on top! This cake features layers of chocolate sponge, sandwiched with whipped cream and juicy black cherries and the all-important kirsch. It is then decorated with whipped cream, maraschino cherries, and chocolate shavings.

We can conclude our tour of Europe with a sweet dish from Austria. Strudel became popular in the 18th century throughout the Habsburg Empire and has become a staple part of  Austrian and other Central European cuisines. The recipe we have shared will take you through each step to create a delicious flaky strudel that is filled with sugar and cinnamon, sliced apples and soaked raisins.

You can discover more recipes and meal ideas here and shop our entire range of produce and products here. 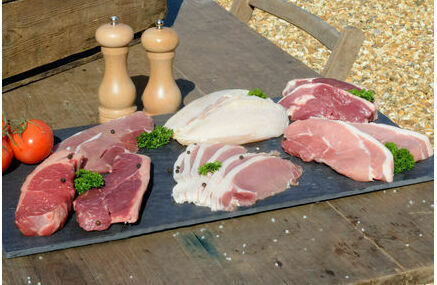 The Best Ways To Cook SteakMonday, 24th of August 2015

For those who enjoy a classic steak dish, you’ll know that the quality will depend a lot on the way it is cooked. Different meats require a different approach when cooking and creating the perfect steak dish will offer some of the best results when you’ve 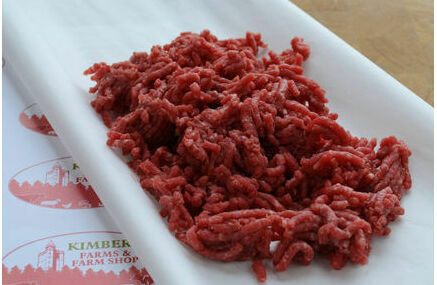 When it comes to cooking with mincemeat, your creativity doesn’t have to be limited to spaghetti bolognese. Satisfying, versatile and a great standby choice to have in the freezer, mincemeat has more potential than it’s often given credit for. Often referring 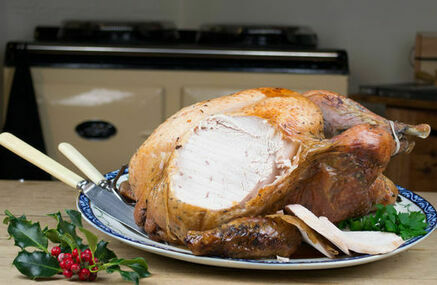 Everyone knows that Christmas just wouldn’t be the same without a tasty Christmas turkey on the table. Whether it’s the choice of meat for dinner on Christmas Day or throughout the festive period, Christmas turkey can be used for more than just a traditional